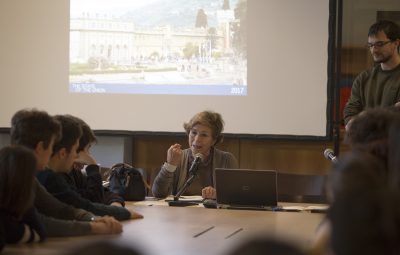 I had a wonderful time working with a hundred or so secondary school pupils from Florence at the European University Institute in Fiesole. The boys and girls seemed very interested in what we were doing, to the point of even being too keen to please. By ‘too keen’ that I mean that, despite the dramatic decline in the popularity of the institutions, there was a remarkable lack of critical remarks about the EU. Most of the pupils displayed intelligence and skill in amending the proposals discussed in their working groups. Maybe they felt pressured by the very formal setting, but I just wondered if they were holding back, keeping their deeply held reservations to themselves.

I should make it clear that overall the initiative was very beneficial and that the pupils who organised it did a great job. What I took from it, however, and this is something I think we should all bear in mind, is that rather than focusing solely on what the institutions do, these meetings should also be about debating and analysing the issues facing European society. I still believe that the main weakness of the European project is that after 50 years there are still no intermediate bodies working at European level to bridge the gap between the people and the institutions – bodies of this kind are the backbone of democracy. Take trade unions, political parties and media outlets, for example. They may be European in theory, but in reality they remain resolutely national. I think we need to draw on the knowledge of how each Member State is organised, how each society expresses itself culturally and politically, as the basis for building the European community that has yet to take shape. This is why it is taking so long for solidarity to replace rivalry as the founding principle of the EU.