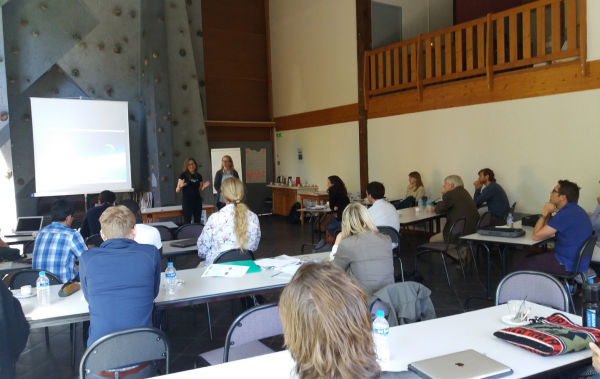 The University organized a round table and conference entitled “Models and Policies for Climate and Energy in Europe”. The conference was addressed to scientific international experts.

Following the Rio summit as well as several subsequent international initiatives, we are now engaged in the ‘Sustainable Development Goals 2030’ (SDG) exercise comprising 17 goals, 169 targets and 232 indicators (as 2017, but still growing).

We consider this as a more coherent inspiration for development modelling then the ‘climate change’ monomania, which is so often restricted to atmospheric emissions, energy and money metrics. Consequently, we proposed a set of changes we think could enhance considerably the efficiency of the exercise.

The first change is to finally integrate the positive value of both natural and constructed environment conservation (and therefore the negative value of its destruction implied in development expenditure). This implies switching from a ‘sustainable’ to an ‘integrated’ developmental vision. Money metrics can be used here so as to evaluate material realisations (such as infrastructures) not directly measured by the market.

The second is to “dejargonise” model-making processes. The decay of the language used in international institutions has worsened and reflects

the progressive alienation from reality of the actors involved. Pleonastic, inconsistent and metaphysical constructions have been one manifestation. The promotion of a set of simplistic publicity messages to the general public does not help the main objective of connecting the model to reality. An assessment and evaluation framework of the designed SDG, controlled by actors fully independent from those directly linked to the main international institutions which produced the plan in the first place, is central.

The third is to integrate essential human values such as freedom and the capacity to influence public policy, which are at least as precious as material progress itself. This will clash with the existing state majority within the UN, among whom the popularity of freedom and democracy is decreasing. Democratic nations might have to work here on their own.

Modelling professionals must ensure that their efforts are not transformed into a window-dressing mechanism aimed at hiding relevant facts. Modelling must be fully transparent on its assumptions, clear in its functioning and frank about its uncertainties. Development actors shall avoid being slaves of communication strategies based on quick ‘emotional shots’ which so often and so severely skew reality while producing no good outcomes in the long-run.

Whereas the mobilisation of civil society on all its forms is essential to achieve results, the adequate use of public financial means for the agreed targets is the most crucial element. The priority must be to promote fundamental and applied research as well as development, dissemination and application of new solutions, instead of consuming resources ineffectually on bureaucratic workouts which are difficult to define and assess.