ITALY – EUROPEAN UNIVERSITY INSTITUTE:”The State of the Union: Women in Europe and the World” – Enrique BARÓN CRESPO and Monica BALDI

ITALY – EUROPEAN UNIVERSITY INSTITUTE:”The State of the Union: Women in Europe and the World” – Enrique BARÓN CRESPO and Monica BALDI 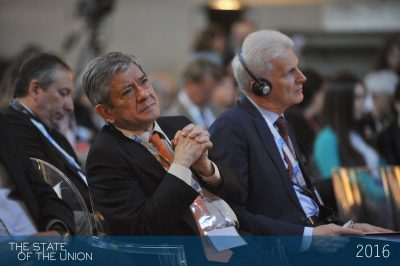 The conference’s sixth edition took place in Florence from 5 to 7 May 2016. President Barón Crespo has participated in the conference about Populism in Europe.