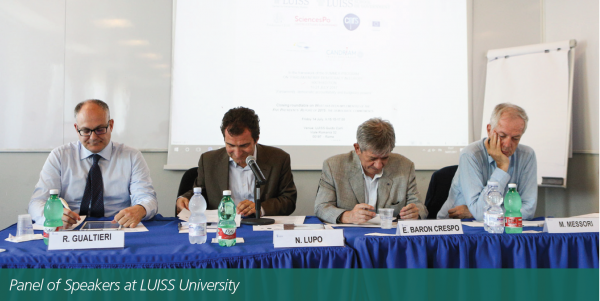 The 2017 edition of the Summer School was devoted to Parliaments, democratic accountability and budgetary powers. The first week (10th-14th July) focused on national budgets and parliaments in relation to the EU and the new economic governance and the second week (17th-21st July) on the EU budget and the role of the European Parliament.

At the end of the first week of the course, on Friday 14 July, h. 15.00-16.30, the University organized a Roundtable on What has been implemented of the Five Presidents’ Report of 2015: the democratic commitments.

In the framework of the programme, EP to Campus, the School of Government of the LUISS Guido Carli University of Rome organised, in co-operation with Sciences Po, a Closing Round Table on ‘Parliaments, Democratic accountability and Budgetary Powers’ discussing thePresidents’ Report on ‘Completing Europe’s Economic and Monetary Union in 2025’. The speakers were Roberto Gualtieri, current Chairman of the Economic and Monetary Committee of the European Parlement, Marcelo Messori, LUISS Director of the School and Enrique Barón Crespo, President of the EP Former Members Association. Roberto Gualtieri MEP made an in depth analysis of the ongoing work of the EP Committee as well as of the implementation and follow-up of the main targets of the Report. Marcelo Messori concentrated his remarks on the governance dimension and the economic recovery in Europe. Enrique Barón Crespo focused his speech on the main challenges for completing a genuine Economic and Monetary Union as a process of building Europe with stronger democratic participation and accountability at both national and European levels. The main challenges are: integrating the Eurogroup in the EU institutional framework with parliamentary accountability; the transformation of the current ESM in a European Monetary Fund with the creation of a European Treasury, and the implementation of risk sharing through systems like Eurobonds that would reinforce the Euro in a decisive way.

This process involves both the EP and national parliaments. Enrique Barón Crespo recalled and highlighted how the creation of the Monetary Union had received a definitive boost from the first Conference of the Parliaments of the EC that took place in the Camera dei Deputati in November 1990 in Rome. The result paved the way for preparation of the European Monitory Union (EMU) in the Maastricht Treaty with President Guido Carli as representative of the Italian Government. Now he felt was the moment to renew this task, giving a key role to both the European and national parliaments. The other major step in democratic accountability, not elaborated in the report, would be the implementation of the principle of “no taxation without political representation” at European level in a clear and transparent way to the EU citizens. Enrique Barón Crespo believes that there are matters directly related to the EU single market and the environment that would easily help the citizenship to establish a direct link with the EU. This happens already with the Euro and it would help reinforce the democratic legitimacy of the whole European project. 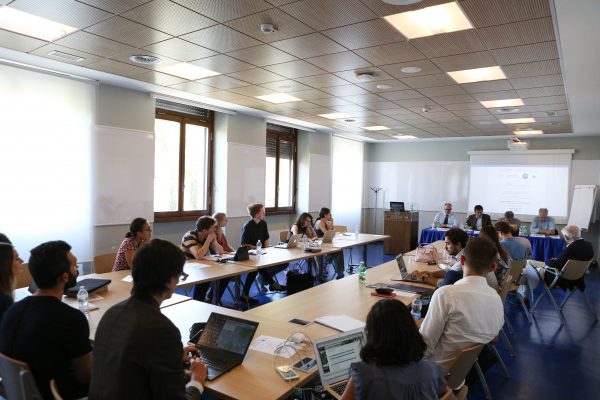