A former member was invited to participate to an international conference on “Uniting Europe: a quarter century of institutionalization of the EU-Ukraine relations”. The audience mainly consisted of representatives of academic community from Ukraine and foreign countries, Jean Monnet projects coordinators and teaching members, students and graduates, representatives of NGOs, national and international experts from a variety of professional backgrounds, public officials, policymakers.

Andrew DUFF participated in this event.

In the run up to the presidential elections in Ukraine, I was invited to participate in the annual conference of the Ukrainian Association of professors and researchers of European integration and the Ukrainian Association of international law. The event on 19-20 March was held in Lviv but gathered participants from across Ukraine, including those displaced from Crimea and Donbass. 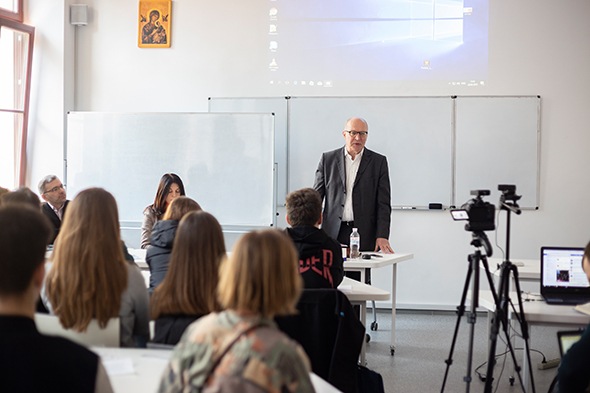 The centre of attention was Ukraine’s association agreement with the EU, signed in 2014. Too few of the Ukrainian participant soffered in-depth analysis of the origins, negotiation and ratification of the controversial agreement: more were concerned simply toxpress dissatisfaction at the alleged unfairness of the asymmetric treaty. It became apparent that the potential of the association agreement is not being well exploited by the government in Kiev. Politics inUkraine remains overwhelmed by corruption fuelled by oligarchs and radically de-stabilised by the Russian invasion. Civil society, especially of a secular bent, is weak. The EU is blamed for imposing harsh conditions that work to impede Ukraine’s ambitions to join it as a full member state. I explained the nature and purpose of the association agreement as seen from the EU, and spelled out how problematic further enlargement now seems to be in general – and with regard to Ukraine in particular. I argued that the EU is at present too weak to contemplate its territorial expansion to Eastern Europe, and described the factors which inform the debate on the ‘future of Europe’, especially rule of law issues. Statements by Presiden tTusk that encourage Ukraine’s European aspirations do not reflect a Brussels consensus. Much interest was expressed in Brexit and many speakers drew analogies between the joint predicament of Ukraine and the UK on the outskirts of the Union. I argued that it is more difficult to leave the EU than to join it, andp osed questions. Could Britain’s prospective association agreement offer hope to others, including Ukraine? Is the Ukrainian association agreement a useful template for the British negotiations? 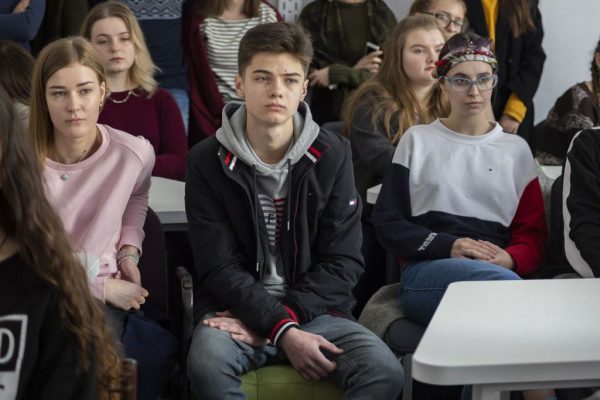 At a second event, I spoke to a largec rowd of students from the (public)Ivan Franko National University of Lviv and the (private) UkrainianCatholic University. In a long andlively exchange of views I was struck bout how important it is for EU pokesmen to stress that the valuesand principles of the European Union are those of liberal democracy. Viktor Orban is not a good role model forEuropean students.I was also reminded how necessary it is for young people to have goodducation in the history of their ownnations. It was alarming that so fewstudents evinced interest in the storyof pre-Soviet Ukraine or seemednterested in connecting their historywith their future. Even in Lviv/Lvov/Lemberg one hundred years afterthe fall of the Habsburg monarchy,there was no obvious effort to reflecton the history of this remarkablecity, and people seemed especiallyindifferent to its previous Jewishcharacter.I am most grateful to the excellentorganisation and warm hospitality ofmy Ukrainian hosts. The value of theEP to Campus programme is much ppreciated.