On 26 and 27 October 2020, a delegation of 19 representatives from the European Parliament Former Members Association (FMA) from nine Member States, led by FMA President Hans-Gert Pöttering, took part in an online event in Berlin. 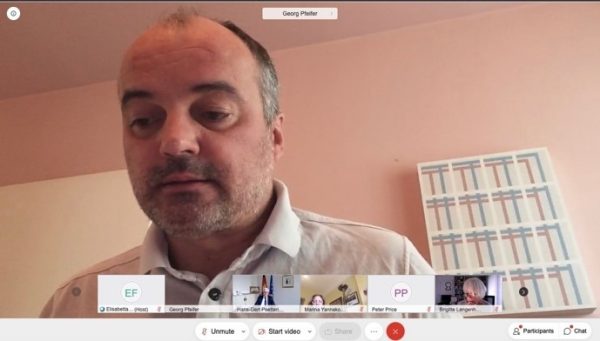 Georg Pfeiffer, Head of the Berlin EPLO, welcomed the participants and gave them an overview of the EPLO’s activities. It acts as a formal information office that informs people about how the European Parliament works, in particular young people, who is its main target group. In response to Former Member Roy Palmer’s question for more information about this target group, Mr Pfeiffer replied that the organisation also wants to pay more attention to the European Union and its involvement with technical schools, or Berufsschule as they are known in Germany. 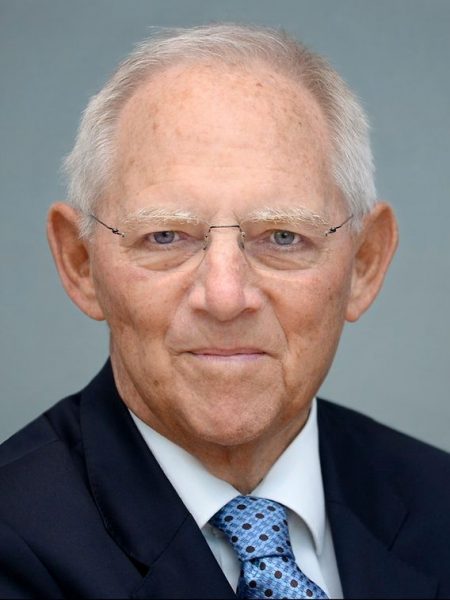 After a short break, the participants had an opportunity to ask President of the German Bundestag Wolfgang Schäuble some questions. The President also spoke, among other things, about the global health crisis we are currently facing: ‘The money made available to fight the COVID-19 crisis has to be used fast and efficiently for a dynamic Europe without losing this momentum. The problem has never been the lack of money but the lack of implementation’.

In response to this problem, he called for a stronger European voice. ‘This crisis is also an opportunity for Europe. We need to be more productive if we want to be sure to manage all the risks’. By risks, he was not only addressing the COVID-19 pandemic, but also other problems that have been dragging on for much longer and that need to be addressed, such as migration, global warming and the negative consequences of digitalisation. ‘We have to be generous and not judge. If we want to work towards a more united Europe, we have to listen to each other and discuss these topics over and over again. In the end, we have to respect different opinions.’

During the afternoon meeting with Jörg Van Essen, the COVID-19 crisis and the need for cooperation were also at the heart of the programme’s discussions. The Vice-President of the Association of Former Members of the Bundestag and the European Parliament used the example of Schleswig-Holstein, which closed its borders to the people of Hamburg to promote cooperation at parliamentary level. ‘Messages must always be conveyed with a glimmer of hope to the people, especially during bad times.’ 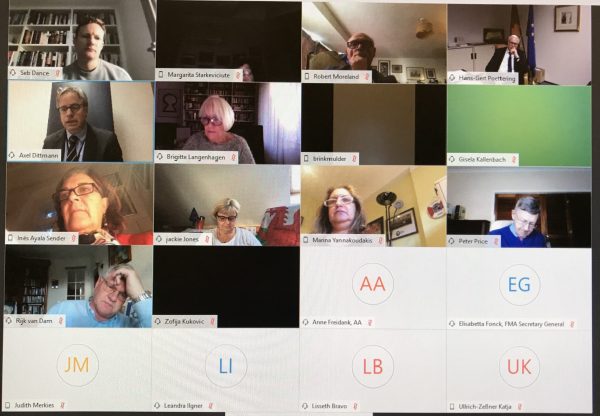 Axel Dittmann, Director for EU Institutional Affairs, Brexit and EU Coordination at the Federal Foreign Office, talked about the response to the COVID-19 crisis, Brexit negotiations, the Conference on the Future of Europe, the Rule of Law, climate goals (including the 2030 Climate Target Plan and the EU Green Deal for climate-neutrality by 2050), the US elections and the EU’s role in the world. In his opinion, more efforts should be made to guarantee the openness of the European Union: ‘A fair, social and inclusive Europe is the key issue during our Presidency’. 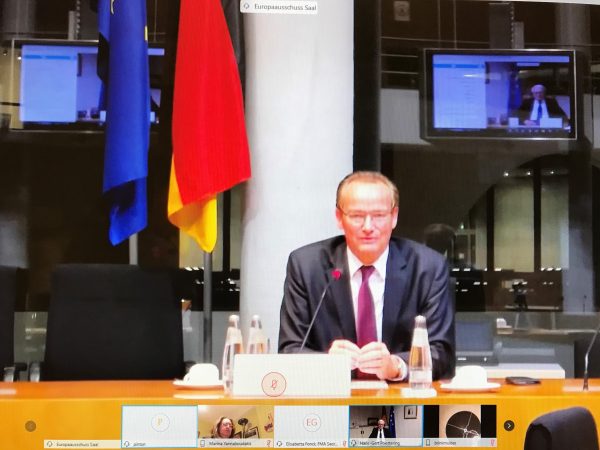 The last virtual meeting of Monday 26 October 2020 was with Gunther Krichbaum, Chair of the Committee on European Affairs of the German Bundestag and Members of the Bundestag Nezahat Baradari and Katrin Staffler. Together with the FMA, they discussed the Multiannual Financial Framework (MFF) and Next Generation EU funds, the role of digitalisation, agriculture, fishery, the Rule of Law and healthcare. Addressing healthcare, he said, ‘It’s necessary to show solidarity, even if we are in a deep crisis’. He also said that every country was so self-absorbed that they were no longer connected. In his opinion, this connection is precisely the asset that must be used during a crisis. Gunter Krichbaum summarised the consensus of the meeting with the following words: ‘Wir sind zum unserem Glück vereint’, which means ‘Fortunately for us, as EU citizens, we are united’.

On the second day of the FMA event, the delegation met representatives from three German institutions and from civil society organisations to talk about the Debate on the Future of Europe. According to Markus Vennewald of the European Movement Germany (die Europäische Bewegung Deutschlands), Europeans should be more involved in debates on the future of Europe in a transparent and open process. Clara Föller, Federal Chairwoman of the Young European Federalists in Germany (Junge Europäische Föderalisten Deutschlands) wants to engage young people in a positive way in order to strengthen the European Union. Frank Heuberger of the National Network for Civil Society (Bundesnetzwerk Bürgerschaftliches Engagement) endorsed Markus Vennewald’s opinion and spoke of both a top-down and bottom-up approach between Europeans and European institutions.

Members from a number of civil society organisations debated the role of Europeans in discussions on the future of Europe. According to them, involving young people in particular is of great importance. Christian Johann, Director of the EU Academy in Berlin, said that the EU has to bring Brussels to local neighbourhoods in order to facilitate dialogue between the EU and young people. Markus Schlageter, Vice-President of the German Federal Youth Council, added that the Conference on the Future of Europe needs to address the mental and social problems faced by many young people and he stressed the need for civil society organisation involvement. ‘We have to keep this debate alive online and move beyond the Brussels bubble’, said Julian Rappold, Senior Fellow of the German Council on Foreign Relations. To do so, Susanne Wixforth, Advisor for European Policy at the German Trade Unions Confederation (Deutscher Gewerkschaftsbund, suggested increasing participation via workshops, meetings and specific platforms. She said that, during the COVID-19 crisis, we should be using our digital capabilities much more so as to keep the debate alive. 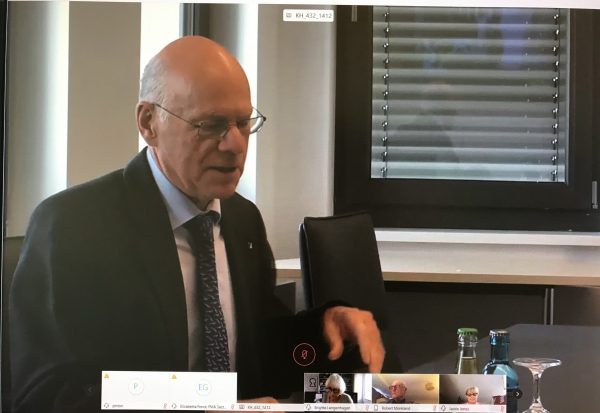 Prof. Dr. Norbert Lammert, President of the Konrad Adenauer Foundation, gave an interesting insight into the history of Germany and in particular the past 30 years since German Reunification. He discussed the perceptions of public opinion and the influence of social media, East and West Germany today and EU developments. According Prof. Dr. Lammert, developments in recent decades have led to a change in opinion management. ‘Our result indicates that the influence of social media on political organisations is tremendous and at least as traumatic as individual systems’. However, he said that there have never been better conditions than in recent years. He concluded the two-day meeting by saying: ‘over the past three decades, people’s expectations have outweighed the achievements made’.