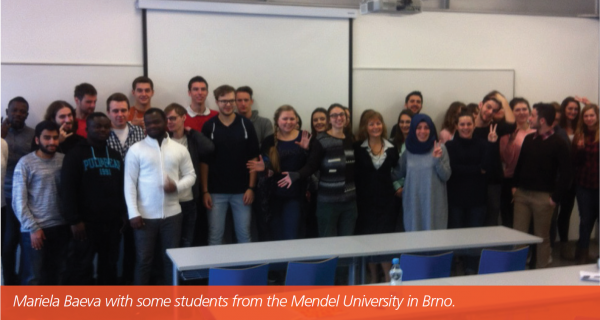 Mendel University in Brno organized conferences and seminars for students during the International Teaching Week and invited a former member to participate.

Mission report THE GLOBAL ECONOMIC CRISIS AND THE EU

When the students of the Faculty of Business and Economics at the Mendel University in Brno, Czech Republic, were approached to comment on the learning environment and their prospects after graduation, they rated them high. heir experience at the University seems to be a success story. The students I could meet of Bachelors and Masters’ degree levels represented different continents – Europe, East Asia, West Africa… They were united in their quest for knowledge and search for answers to complex issues. Our discussions and exchange of views, running round topics like the Internal Market; ‘fl aws in EMU design’; global crisis and EU responses; role of EU in international institutions and economic fora started with paying tribute to the innocent victims of the terrorist attacks in Paris. The Great Recession and the sovereign debt crisis grabbed our attention. We referred to certain weaknesses of the Internal Market and the urgency for a push to complete it.

Is a political and economic convergence process possible as proposed in the Five Presidents’ Report? Legitimacy and accountability – core criteria for a political union? Many questions, complex answers. We also brought to the spotlight an issue, when discussing the EU role globally – parliamentarians from the EP and national parliaments worldwide are embraced in a joint initiative envisioning the scrutiny of world trade talks, based on ethical criteria like transparency. The Airbus/ Boeing WTO disputes case also held the attention of the audience. I could submit a SWOT analysis, too – covering the EU participation in the G-20 forum – to the students’ consideration.

We also discussed OECD and EU joint efforts to build upon analyses of education, skills development and youth-related employment policies to respond with concrete measures to the youth unemployment crisis and long-term youth employment prospects. We referred to the role of the EP in the EU legislative process and the main forces that drove the expansion of the EP’s rights in legislation from consultation to co-decision. The different phases like the Crocodile Club, European Assizes, Refl ection Group, or the formal participation of the EP in the Convention on the future of Europe, as well as the latest treaty, fell into the scope of references that contributed to legitimizing the EP’s infl uence in the legislative process to the extent that for the fi rst time the EP also obtained the right of co-decision in economic and fi nancial governance as well as external relations.

I proposed to the students an exploratory mission in the different MSs that joined the EU after 2004. We used the Prosperity Index as the only global measurement of prosperity based on both economic criteria and wellbeing. I could bring to the students’ attention the fact that research into wellbeing revealed that people in CEE countries reported low levels of life satisfaction. Some authors suggest that ‘the end of the previous era for those countries s the collapse of not just a system, but of a belief system. This challenge coupled with economic dislocation and a decline in national wealth demonstrates that many people, for ex., in Bulgaria and Romania, report some of the lowest levels of subjective wellbeing.’ Our session was concIuded with a cardinal question – is there ‘an Iron Curtain of wellbeing that divides Europe in 2015’? 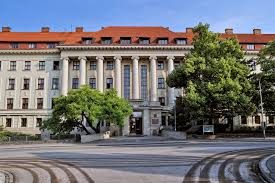